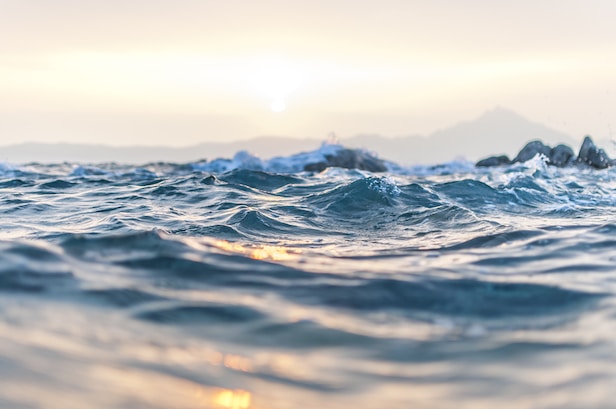 In a remarkable feat of agility for the elderly, Justice Thomas and the eight other justices dodged two CERCLA bullets in the Supreme Court’s recent decision Guam v United States, 141 S. Ct. 1608 (May 24, 2021).

Justice Thomas, writing for a unanimous Court in Guam, reported that “According to the D. C. Circuit, if a party can assert a contribution claim under §113(f), it cannot assert a cost-recovery claim under § 107(a).” 141 S. Ct. at 1612 (emphasis in original).  Justice Thomas did not say whether the D.C. Circuit is right or wrong, even though it was his also-unanimous opinion in United States v. Atl. Research Corp., 551 U.S. 128 (2007), that is mostly responsible for the controversy.  In Atlantic Research, the Court held that private parties, i.e., not only the government, are entitled to bring § 107 claims under the right circumstances, but left open the question whether a party could pursue both § 107 claims and § 113 claims.  All the courts of appeal to have addressed the issue so far agree with the D.C. Circuit (i.e., parties have one or the other, but not both).  This has led hopeful CERCLA plaintiffs (and counterclaimants) to plead both § 107 and § 113 claims, not wanting to waive a cause of action that could be recognized by the Supreme Court; but this hope is usually in vain, because trial courts, following the D.C. Circuit and its sister circuits, dismiss one of the claims.  The Supreme Court could have resolved the controversy in Guam because Guam brought both claims, but chose not to.

Second CERCLA bullet: How do I resolve my CERCLA liability to a State or the United States?

Section 113(f)(3)(B) provides that “A person who has resolved its liability to the United States or a State for some or all of a response action or for some or all of the costs of such action in an administrative or judicially approved settlement may seek contribution from any person who is not party to a settlement referred to in paragraph (2).”[1]

What if I agree to perform a CERCLA response action, but expressly disavow any liability?  Can I resolve liability, if I say I have none?  What if, in our agreement, the government reserves the right to sue me for the same liability I have before the execution of the agreement?  How is that a resolution of anything?  What if I agree to perform a response action but don’t actually do anything?  Can I still sue other PRPs?  As Justice Thomas put it, “Guam contends that even if resolution of a non-CERCLA liability is enough, the decree [between Guam and the United States] did not adequately ‘resolve’ any sort of liability because Guam did not formally admit responsibility and because the agreement left Guam open to future enforcement action.”  141 S. Ct. at 1612.

As with the § 107/§ 113 dilemma, the Supreme Court chose not to answer these questions, because Justice Thomas held that “We need only address the first point to decide this case,” i.e., whether “a contribution claim arises only if a settlement resolves liability under CERCLA, and not under some other law such as the Clean Water Act.”  141 S. Ct. at 1612.

Guam had entered into a Clean Water Act consent decree with the United States in 2004, in which Guam agreed to close and cover a dump.  Guam sued the United States in 2017, under both CERCLA §§ 107 and 113.  One of the United States’ arguments was that Guam blew the limitations period for § 113 by not filing suit in or before 2007, because the limitations period for contribution claims under Section 113(f)(3)(B) is three years after “the date of judgment.”  CERCLA § 113(g)(3)(A).  But the Supreme Court held that only a CERCLA consent decree (or other CERCLA agreement), not a Clean Water Act consent decree, can lead to a contribution action under Section 113(f)(3)(B) – one cannot “resolve” CERCLA liability without doing so expressly: “Rather than requiring parties and courts to estimate whether a prior settlement was close enough to CERCLA, the far simpler approach is to ask whether a settlement expressly discharged a CERCLA liability.”  141 S. Ct. at 1614.  The 2004 consent decree was under the Clean Water Act, so it gave Guam no CERCLA contribution action under Section 113(f)(3)(B).  The D.C. Circuit, which had held that Guam had a contribution claim (and therefore no § 107 claim), but that it was time-barred, was reversed.

Where did the bullets go?  The first is still on its original trajectory, the § 107/ § 113 dilemma unmoved by the Guam decision.  Justice Thomas deflected the second bullet by noting that “It would be rather odd to say that a party has ‘resolved its liability’ if that party remains vulnerable to a CERCLA suit.”  141 S. Ct. at 1614.  Virtually all parties that sign CERCLA consent decrees or administrative agreements with the United States “remain vulnerable to a CERCLA suit,” because the United States always reserves its rights to bring CERCLA suits in those agreements.  This language will be quoted by parties who want to argue they have no contribution claim, either to avoid a § 113 limitations problem or because they prefer a § 107 action, or both.  But resolution of these issues awaits cases presenting these precise questions reaching the Supreme Court.

[1] “Paragraph 2” refers to settlements with the States or the United States.
[2] This firm represented Plaintiffs in Hobart.
Previous Post
New Jersey’s Environmental Justice Law – What Now?

More From Our Blog